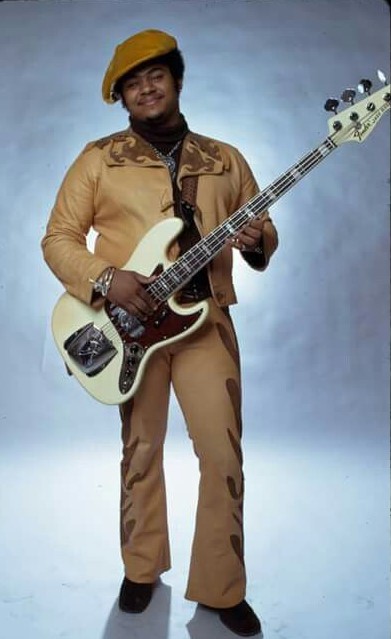 Generations continue to groove to the Isley Brothers…thanks to a cat named Marvin!

The youngest member of the musical family, when Marvin joined The Isley Brothers in 1971 he primed the veteran rhythm & blues ensemble for a decade of funk, soul, and disco hits.

A pocket player who slapped, finger plucked, and rendered heavy grooves which often doubled synth and guitar motifs, Marvin used a Fender Jazz in the studio and various instruments on stage.

He anchored the Isleys until 1997 with the exception his brief tenure with the offshoot Isley-Jasper-Isley trio which scored a hit in 1985 with “Caravan of Love.”

It’s impossible to calculate just how many times Marvin and the Isleys have been sampled… and directly referenced by contemporary rhythm and blues, hip-hop, and rap artists….

“Harvest for the World” https://youtu.be/8QZvoOqUkqw