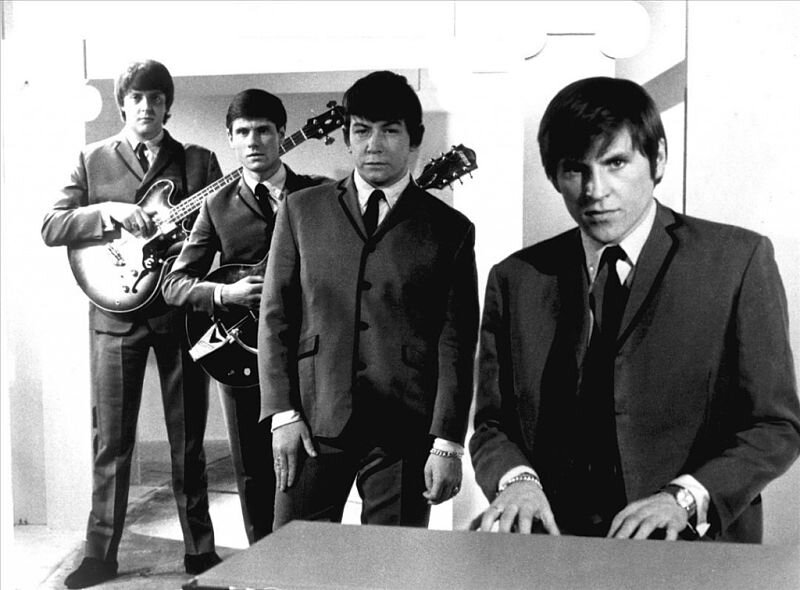 His bass motifs as rendered in “We’ve Gotta Get Out of This Place,” “House of the Rising Sun,” and “It’s My Life” are among the most identifiable in the history of rock ‘n’ roll.

As a player, the late Bryan James “Chas” Chandler made history as the harmonic bedrock of one of Britain’s most influential ensembles: The Animals.

As an artist manager, which was a career change he forged in 1966, Chas brought the former Jimmy James to England, convinced him to revert to his birth name of Hendrix, hired novice bassist Noel Redding and drummer Mitch Mitchell, and the rest, as they say is history.

Though Chas hardly receives due recognition, he was a venerable bassist (and backing vocalist) who steered the music as his mates, most notably singer Eric Burdon and keyboardist Alan Price – wreaked havoc on the bandstand and on record. When the classic line-up of The Animals reunited for two woefully ignored albums; Before We Were So Rudely Interrupted (1977) and Ark (1983), Chandler resumed his role with commendable results.

“House of the Rising Sun” https://youtu.be/4-43lLKaqBQ

“We Gotta Get Out of This Place” https://youtu.be/t6gcxNFc1I0

Dig Chas and the reunited Animals performing “The Night” in 1983 https://youtu.be/0PPe_zeX4ks