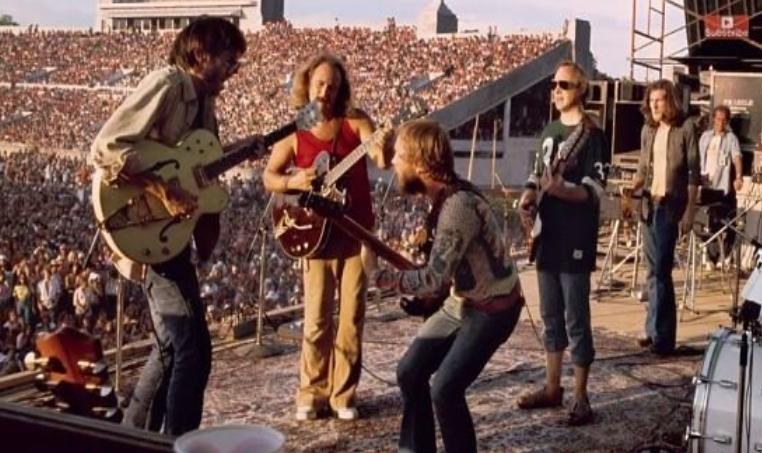 Be advised to check out Tim on the extraordinary CSNY 1974 (2014) live collection wherein his fluid lines and funky rhythms bridge the ample gaps between the oft contentious quartet of bandleaders on that historic Watergate-era trek across North America. 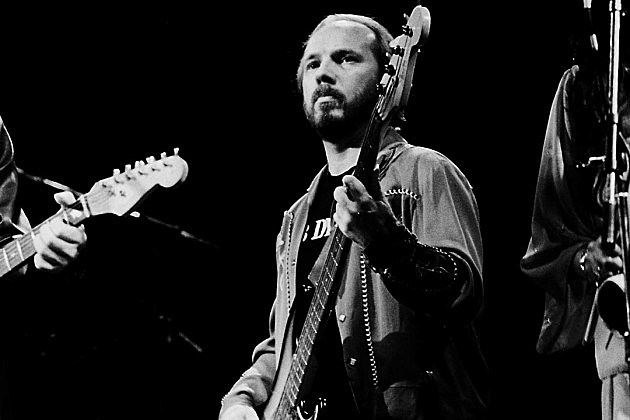 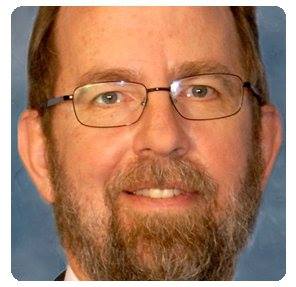 For bass player Tim Drummond (4/20/40-1/10/2015) his musical path took him from local bands in central Illinois to Chicago to Cincinnati where he backed James Brown to Nashville to a lengthy career supporting Neil Young. Woven within that are some 300 album credits working with the likes of J.J. Cale, the Beach Boys, Don Henley, Charlie Daniels, Rick Danko, Stevie Ray Vaughan, Ry Cooder, Bob Dylan and others over his 30- year+ career.

It all started in Canton, a small central Illinois community about 200 miles southwest of Chicago. While in high school he was in a band called What For. When it came time to record, they opted to change their name in honor of the spot at the soda shop where they used to meet after school, becoming the Third Booth. When they cut their one and only record, the producer mis-titled the song “Sound Inc.” when it first got released on the local Thunder label. While it didn’t get any local airplay when they took it to Chicago, WLS DJ Art Roberts ended up liking the fuzz-laden B-side “Mysteries” and gave it airplay on his “Subterranean Circus,” the single climbing to #20 on the station’s chart. That generated calls from other labels and it finally got distributed nationally on the Independence label with “Sound Inc.” properly credited as “I Need Love.” The record never picked up steam and by the end of high school, the Third Booth was empty.

Drummond headed to Chicago to see where music would take him. In the early ‘60s he joined up with Eddie Cash and Company, a steady-working lounge band said to be booked 50 weeks a year. The lineup in that band included Jimmy Vincent (aka Jim Donlinger of Exceptions fame) and Chuck “Bing” Day on guitars, Billy Lowes on drums and Drummond on bass. “The two years with Cash would turn out to be a grueling test of endurance,” recalls Vincent as they travelled the country with one-night stands at various Air Force and Army NCO clubs along with the occasional week-long lounge gig. After two years, “The day came when our very solid bass player, Tim Drummond, decided that he had finally endured enough, between the grinding tour schedule and our bizarre Gestapo wannabe bandleader,” says Vincent. “He gave his two-week notice.”

Drummond found his next opportunity in Cincinnati with an eight-piece, all-white soul group called the Dapps. They recorded a number of singles for the King label in 1968-69. Slowly but surely they stripped down to a five-piece, and eventually a four-piece where they became the session band backing James Brown on his 1969 album I’m Black and I’m Proud (King 1047). While in Cincinnati he played rockabilly with Conway Twitty, funk with James Brown and vintage R&B with Hank Ballard before moving to Nashville where he played on sessions with Joe Simon, Fenton Robinson, Jimmy Buffett and Charlie Daniels, among others.

When Neil Young had traveled to Nashville to work on Harvest, Drummond visited the studio and became a member of the Stray Gators with the drummer Kenny Buttery and pedal steel guitarist Ben Keith. Drummond would continue to record and tour with Young on albums and concerts that did not involve his primary backing band Crazy Horse. Since the early ‘70s he’s been backing Neil Young even as Young’s support group migrated through various musicians as the Stray Gators, Shocking Pinks and International Harvesters. Drummond can be heard on Young’s albums Harvest, On the Beach, Comes a Time, Hawks & Doves, etc.

He was part of Crosby, Stills, Nash and Young’s infamous 1974 “doom tour” and had continued working with CSN even after Young left. In 1979, he was out on tour with Bob Dylan for his Slow Train Running and Saved tours. Working with Dylan, he co-wrote material to his next album including the lead track “Saved.” He also co-wrote material with J.J. Cale, Ry Cooder and Tracy Nelson.

After re-uniting with Young’s “Harvest” crew for the Harvest Moon record, Drummond ended his two-decade-long tenure with Young with their 1993 “MTV Unplugged” performance.

Drummond became an in-demand session player, teaming with drummer Jim Keltner as Tim and Jim. Throughout the ‘80s he could be found on Building the Perfect Beastfrom Don Henley, Lonnie Mack’s Strike Like Lightning, Fenton Robinson’s Mellow Fellow and Bette Midler’s Beast of Burden. In the ‘90s he can be heard on Victim of Romance from Michelle Phillips, Paula Abdul’s Spellbound, Jewel’s Pieces of You and John Hammond’s Got Love if You Want It. The next decade found him ranging from Was (Not Was)’s Boo! to Judy Henske’s Loose in the Woods to Bobby Whitlock’s It’s About Time.

Sadly, Drummond passed away in 2015. Fortunately, the Neil Young catalog pays homage to Drummond with the 2019 Tuscaloosa, Volume 4 of the Neil Young Archives Performance Series with a recording of the Stray Gators at the University of Alabama from February 5, 1973 https://youtu.be/x0L9iY4SUj4.

Photos: Tim Drummond (third from left) with Crosby, Stills, Nash and Young in 1974. (Photo by Mick Gold) and Drummond on stage with Bob Dylan at the Poplar Creek Music Theater in Hoffman Estates, June 10, 1981 (Photo by Paul Natkin)