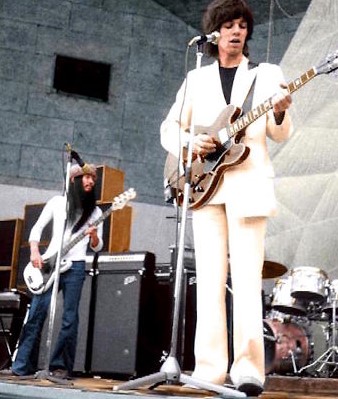 He commenced his career with Samurai featuring Mickey Curtis and followed not one but two bass legends in two seminal bands at the height of their popularity: Andy Fraser in Free, and later, Ronnie Lane in the Faces – all within the span of a year!

With Free, Fukuoka, Japan native Tetsu Yamauchi retained the template set by Fraser, distorting the sound of his Fender Telecaster / Precision basses while leaving space aplenty for Paul Rogers, Simon Kirke, Rabbit Bundrick, and an ailing Paul Kossoff to do their thing as they rendered their final masterpiece – Heartbreaker (1973), a stunning slab that slipped under the radar at the time of its release.

With The Faces, Tetsu ‘s recorded output was brief though his alcohol intake was legend: a few singles and the Coast to Coast: Overture and Beginners (1974) live platter wherein Tetsu, Kenny Jones, Ian MacLagen, and Ronnie  “I’ve Got My Own Album to Do” Wood and guest guitarist Jesse Ed Davis were relegated to second billing to Sir Rod – a decision made by promoters and record suits.

With The Faces Live 1974 https://youtu.be/rK_wPCQCVRY