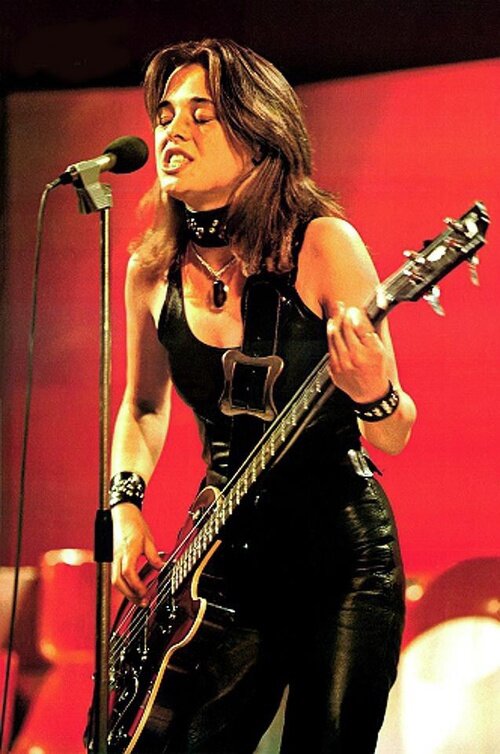 Long before there was Rock ‘n’ Roll Hall of Fame Inductee Joan Jett with her assorted Runaways and Blackhearts, Detroit-born Susan Kay “Suzi” Quatro was the barrier breaking bomb!

For reasons known only to the rock gods, Ms. Quatro never duplicated her European chart successes in the United States despite the fact that she waxed several commendable sides and singles with producer Mike Chapman and writer Nicky Chinn. Classically trained (piano, percussion) her influences span by Elvis Presley, Billie Holliday, and the Shangri Las – hence Suzi’s mastery songcraft and stage performance.

Suzi toured incessantly with Thin Lizzy, Slade, and Alice Cooper among other notable hard rockers – yet she is known to most Yanks for her portrayal of the bass playing juvenile delinquent character “Leather Tuscadero” for a handful of episodes in the 1970s sitcom Happy Days, and for her MOR hit “Stumblin’ In” (1978).

As a bassist, Quatro more than held her own as compared to her male peers in her chosen genre– plying pocket passages which supported her lead-singing.

Nowadays Ms. Quatro splits her time on the bandstand with a BBC radio show and theater work. 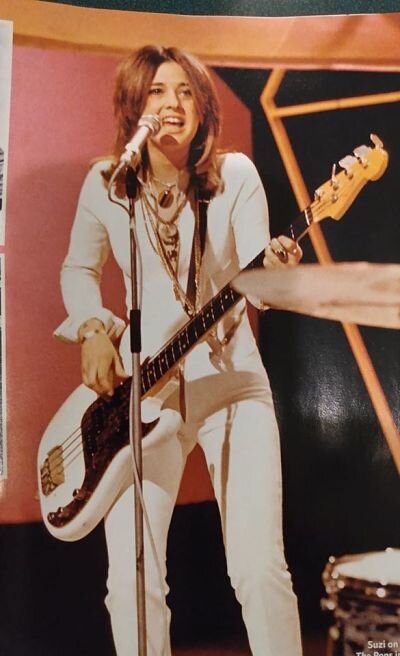