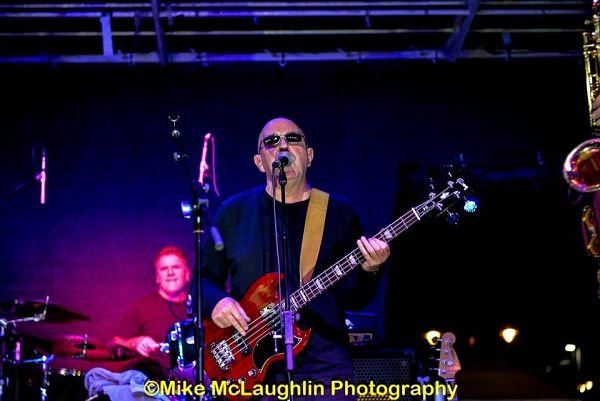 He played bass for one of rock’s greatest bassists – Ronnie Lane – on stage and on record (Anymore for Anymore). “It was in 1974 that I received a call from former Joe Cocker drummer Bruce Rowland who invited me to meet Ronnie Lane at his farm in the Welsh borders with a view to joining the band Slim Chance. I was amazed to arrive in the middle of nowhere to find Ronnie and his family happily living amongst dogs, cats, chickens and ducks, in a small cottage surrounded by old barns with a fantastic mobile recording studio parked outside!”

Akin to countless musicians who chose their life’s profession upon discovering The Beatles at the dawn of their popularity, all this jovial Warwickshire lad ever wanted to do in life from that moment on was to play bass – which is exactly what Steve is doing with soul icon Geno Washington, and the “reformed but unrepentant” Slim Chance with original members Charlie Hart and Steve Simpson.

A master pocket player and melodic foil, Steve was also a member of Colin Blunstone’s early 1970s band wherein he waxed the classic Ennismore (1972) with The Zombies crooner.