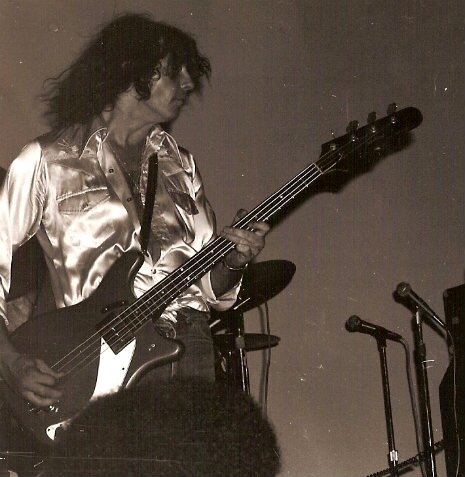 “I wanna hear some revolution out there! Kick out the jams mother….” They were among the most incendiary forces in American rock ‘n’ roll. Before bands became brands, these five outcast visionaries from Michigan harnessed the anti-establishment fervor of the industrial heartland.

At the center of the storm were bassist Michael Davis and drummer Dennis Thompson who anchored the MC5 with an unforgiving back-beat. Davis’ bass playing was unswerving – quoting time tested motifs as the guitarists waged war. Associated with John Sinclair, participants in the anti-war movement (Chicago 1968), and inspired by the Black Panther Party; not even The Stooges, Velvet Underground, nor The Doors – three pariahs of the same era who were eventually accepted by the establishment – approached the perilous stance of the MC5.

Dig Michael on this live clip of “Ramblin’ Rose, Kick Out The Jams, Looking At You” medley from 1970 https://youtu.be/74jS3dW0DtE