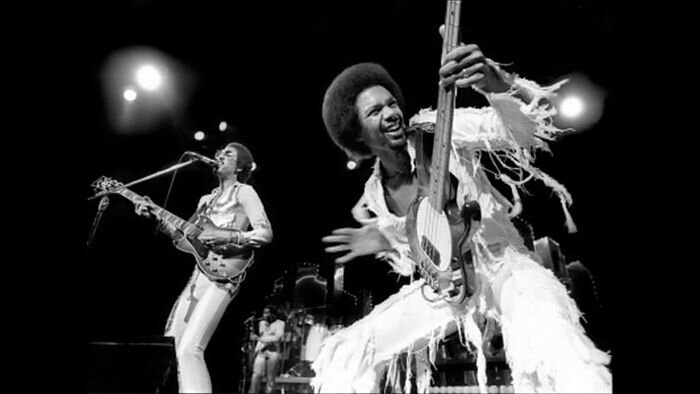 A giant of the instrument, a master slap and melodic player…and among the most influential bassists ever…where to begin with the late, truly great Louis Johnson?

Louis Johnson on the title track to Off The Wall https://youtu.be/B3MFbhwfEXU

As co-bandleader of the multi-platinum Brothers Johnson, “Thunder Thumbs” Louis Johnson probably did more to further the acceptance of slap style bass than any other player of his generation.

Though he possessed tremendous dexterity and rendered flashy solos – Johnson’s genius was evidenced in his intuitive rhythmic prowess – which made him an asset in the studio for scores of session and sideman dates.