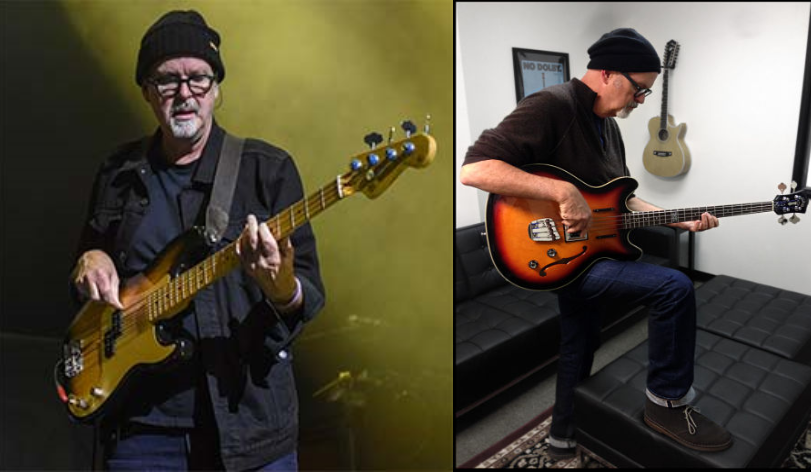 With Kevin McCormick helming the bass chair, as well as serving as co-producer and co-composer; Melissa Etheridge emerged as a world class artist by way of her stunning self-titled 1988 debut, and such acclaimed slabs including Brave and Crazy (1989), Never Enough (1992) and her massively successful Yes I Am (1993).

McCormick is a groove master on the 4 and 5 string and plies harmonic extensions which fortify the soloists, singers, and their songs. Among Kevin’s weapons of choice include Guild and Fender Precision basses.

Kevin slappin’ and poppin’ with Melissa: “Brave and Crazy” https://youtu.be/N4K_Z3AR69o