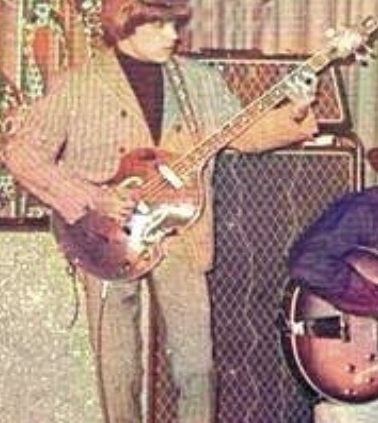 The art form that is rock ‘n’ roll never fails to enchant us with artists who forge eternal works that somehow fail to garner the acclaim they so richly deserve until long after their creation.

Enter the illustrious, influential Arthur Lee and Love. The original version of this Los Angeles based collective fused garage, folk, jazz, flamenco, Latin, baroque, psychedelic and hard-rock into a unique canon which culminated with their magnum opus Forever Changes (1967) – an album which stands with The Beatles’ Sgt. Pepper (1967), and the Beach Boys’ Pet Sounds (1966) as a masterpiece of its era.

With Lee, and guitarists Johnny Echols and Bryan MacLean – bassist Ken Forssi was resourceful in his support of the compositions; rendering passages brimming with soulful rhythms,  contrapuntal harmonies, and heavy riffs aplenty embellished with glissandos, trills, and muted tones.

When Lee broke up that band in 1968, Love fundamentally became his solo vehicle for a series of releases that reached even less of an audience.  Love’s first three slabs are essential: Love (1966), Da Capo (1967) and the aforementioned Forever Changes – all with Forssi, who passed in 1998.

Kudos to the indie and alternative rockers who re-discovered the all-but-forgotten Love,  and brought Arthur Lee back to the stage with a Forever Changes revue shortly before he passed in 2006.

From Johnny Echols to KYBP: We were musicians, we were not independently, wealthy playing live gigs was our livelihood, we needed to play in order to eat. The reason we did not tour as often as our contemporaries is because we were a mixed race group playing in the turbulent sixties. We were not welcome in many parts of the country, promoters often booked us only to cancel the gig when they learned the racial makeup of our group. We could have played to segregated audiences, but of course we would never involve ourselves in that crap, hence we did not tour as often as we would have liked.

From KYBP reader Bonnie Speeg: This is nice, very nice….about Ken. Thing is, I double-dated Ken Forssi with my step-sister when we all lived in Sarasota, 1962. Ken was a cute out of high school guy. The step-sister and Ken eventually weren’t an item anymore. We all lost touch. 1964-1966 I later moved to L.A., became a teenage girl DJ on a junior college radio station. There I was, spinning records, loving music, and yes, in ’66 came the soaring sound of “My Little Red Book”. My god it was beautiful. Brand new, LOVE was it…and we had no idea what the guys looked like until they hit the charts like that that year. When I got a hold of the LP and looked to see what LOVE looked like, there was my double-date staring back at me. I loved LOVE, and regret to this day, I couldn’t find a way to see Ken back then. I hung around on Sunst Strip, knew the Turtles, saw Byrds first performance, but never got to find Ken and just ask him what else went on from Florida to L.A. My step-sister is deceased, and some secrets went with her. Thanks for reading this.

“Seven and Seven Is” https://youtu.be/fUii9c4GGRs

“Your Mind and We Belong Together” (Promotional Film) https://youtu.be/vncktK4MIhI