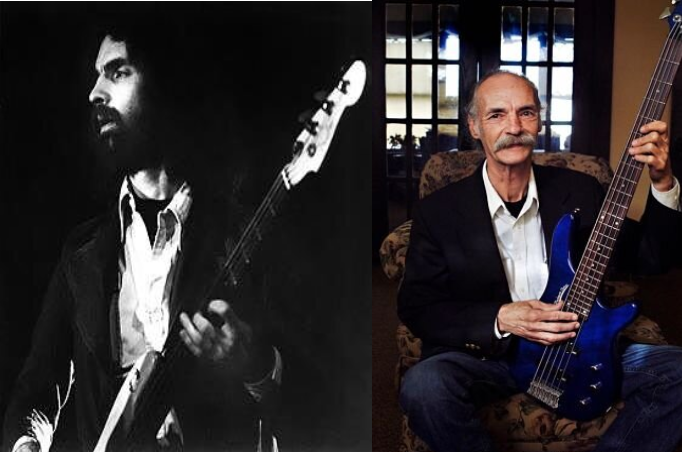 We define “Americana” as a contemporary mélange of country, roots, folk, bluegrass, rhythm and blues –hence we acknowledge the cat with bass in hand who was there at the beginning: Chris Ethridge!

A songwriter, singer, band-member, collaborator – Ethridge was among the go-to session players of the fertile Laurel Canyon scene of the late 60’s and 1970s. His membership in the International Submarine Band and Flying Burrito Brothers helped to erase the cultural and musical divide between country and rock.

Chris honed his craft whilst toiling in the rhythm and blues clubs of his native Meridian, Mississippi. His style is that of the “song player” – wherein every passage serves the composition.   Among the many, many, many gems in Chris’ canon include:  Flying Burrito Brothers – The Gilded Palace of Sin (1969), Dave Mason – Alone Together (1970); Rita Coolidge (1971); Graham Nash – Songs for Beginners (1971); Bill Withers – Just As I Am (1971); Gene Clark – White Light (1971); Randy Newman – Sail Away (1972);  Graham Nash & David Crosby (1972); Mike Bloomfield, Dr. John, John Hammond – Triumvirate (1973); Gram Parsons – GP (1973); Roger McGuinn (1973); Linda Ronstadt – Heart Like a Wheel (1974); Maria Muldaur (1974); Ry Cooder – Chicken Skin Music (1976);  among scores of others including Jackson Browne, Willie Nelson, Grace Slick & Paul Kantner, Nancy Sinatra, Leon Russell, and a little-known all-star collective known as L.A. Getaway featuring guitarist Joel Scott Hill and drummer John Barbata which waxed one hot burrito of a self-titled platter in 1971  that, unfortunately, sank into obscurity.

ISB “I Still Miss Someone” https://youtu.be/Rf38finhzPk

Notes rock journalist James Spina: Imagine teaming up with Gram for about an hour and crafting two songs with little thought to any titles. “Hot Burrito #1,” “Hot Burrito #2.” Good ones Chris. And let’s redefine the relationship of a bass and a guitar breaking the mold on what folks think of as country music. This is akin to that magic meld on par with Hendrix telling Redding to put down his guitar and give the same thought to a bass. Jesus Christ! This is magnificent!