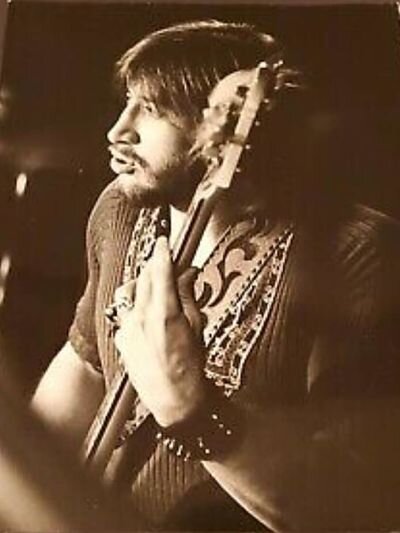 He anchored one of the most successful ensembles in the history of popular music – and one which furthered the careers of several iconic songwriters including Elton John and Bernie Taupin, Laura Nyro, Paul Williams, Harry Nilsson, Hoyt Axton, and Randy Newman – to cite a very select few.

We all know Jeremiah was a bullfrog, however if you came within earshot of an AM radio in the late ‘60’s – early 70s you also know the work of late Joe Schermie by way of “One,” “Easy To Be Hard,” “Eli’s Comin” “Celebrate,” “Mama Told Me Not to Come,” “Joy to the World,” “Liar,” “Old Fashioned Love Song,” “Never Been To Spain,” and “Black & White” among others.

Three Dog Night was America’s premier pop singles band of the era, knocking out 21 Top 40 hits between ‘69 and ’75.

Founding bassist Joe Schermie (nee Shermeltzer) was their soul-inspired harmonic bedrock: always in the pocket, rendering all the right notes with a diversity of rhythmic variations, and allowing space within the songs for their remarkable triumvirate of singers to shine. Joe was a true finesse player with a rock ‘n’ roll edge. Schermie’s weapon of choice was the Fender Jazz, which he customized, and affixed a fuzzy Troll doll to the headstock which he never explained!

A powerhouse live ensemble, Three Dog Night’s album tracks where equally as engaging as their singles – dig their rendition of a Beatles track which was never officially released by the Fab Four “It’s For You” from Captured Live at the LA Forum https://youtu.be/PFaIwt6nfdU

Following his dismissal from the band in ‘73 – for reasons unknown, Joe later emerged in the ensemble S.S. Fools featuring Bobby Kimball who would go on to front Toto, along with former TDN members Mike Allsup and Floyd Sneed, who were also axed, again, for reasons unknown. They waxed one slab which sank in the marketplace which was now focused on punk, disco, and hard rock.

In his later years, Joe worked in various ensembles – some with Floyd Sneed, which featured his former band’s hits, and new material. Schermie passed at age 56 in 2002 shortly after the filming of the aforementioned television show.

“Whatever Happened to America” https://youtu.be/BHhQfO7pz9Y