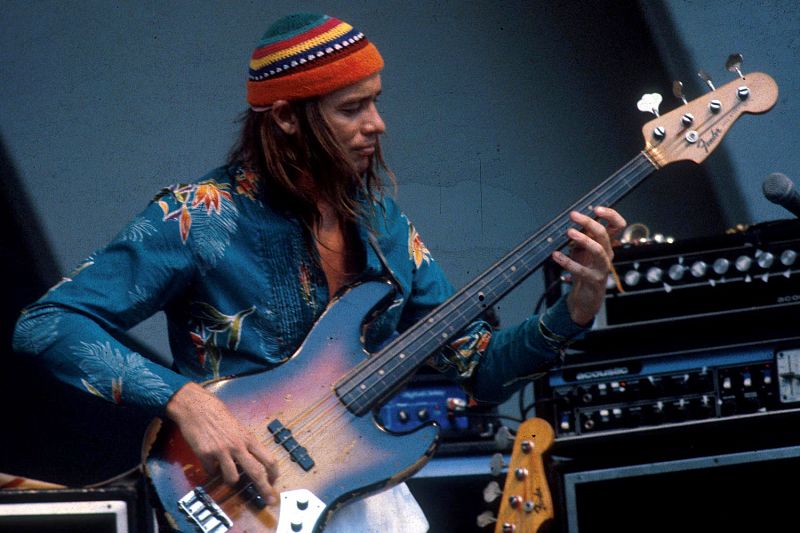 You can divide the history of the bass into two categories: Before Jaco. After Jaco. As a student at the University of Miami in the late 1970s – a time when the electric bass was not considered a legitimate instrument by the jazz establishment (aka “the jazz police”), in the many instances when we were confronted by such ignorance –  we simple responded to the misbegotten taunts with one word, one name: Jaco!

On the technical side, Jaco’s virtuoso application of harmonics, chords, advanced harmonies, and lyrical improvisations all coaxed from a battered fretless Fender Jazz – known as the “Bass of Doom,” shook the foundation of popular music. His unique tone shattered the long-held tenets of what a bass should sound like. The full possibilities of the electric bass which Jaco pioneered are still being explored today by players of all generations. On stage, he was a master showman.

Jaco’s work with Weather Report, Joni Mitchell, Ian Hunter, and as a solo artist and collaborator  remains watershed, and continues to inspire scores of players.

From Rock ‘n’ Roll Sweepstakes: Ian Hunter – The Authorized Biography Volume Two by Campbell Devine (Omnibus Press). Tom Semioli, who runs the US website KNOW YOUR BASS PLAYER describes the record that introduced (Jaco) Pastorius to rock audiences as “…an overlooked masterpiece. Jaco’s bold motifs beautified Hunter’s intense, introspective, observational verses and melodies. Unlike his time with Joni, Jaco didn’t dare outmaneuver Hunter. An undeniably captivating marriage of jazz, rock and poetry, no album (All American Alien Boy / 1976 / Columbia Records) sounded like this before, and no album has sounded like it since….”