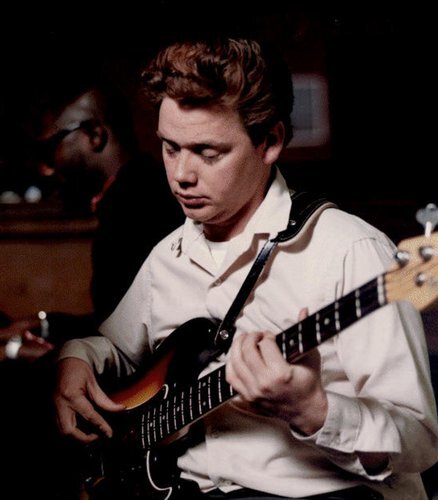 “I listen to the first playback, then go back into the studio and play half of what I did!” Donald “Duck” Dunn

Along with James Jamerson Jr., Carol Kaye, and many of the Wrecking Crew players of the early 1960s, Duck established the electric bass as the bedrock of popular music by way of his work in Booker T. and the MG’s and as an in-demand A list studio player.

Dunn’s style is a master course in the use of rhythm and space. Play through his transcriptions and you discover not a superfluous fill, grace note, nor rapid-fire motif. Duck let the music breathe, and by doing so you can hear the song within his bass passages.

A player whose influence is incalculable, Duck’s legendary weapon of choice was the Fender Precision outfitted with heavy gauge LaBella’s akin to his peer Jamerson – which he amplified with various Ampeg rigs, most notably the B-15, again akin to the aforementioned Motown icon.

Every track Duck cut is worthy of exploration – so rather than choose one of his more popular passages, dig this somewhat obscure Slowhand recording “The Shape You’re In” https://youtu.be/yFVXxxvkFiU