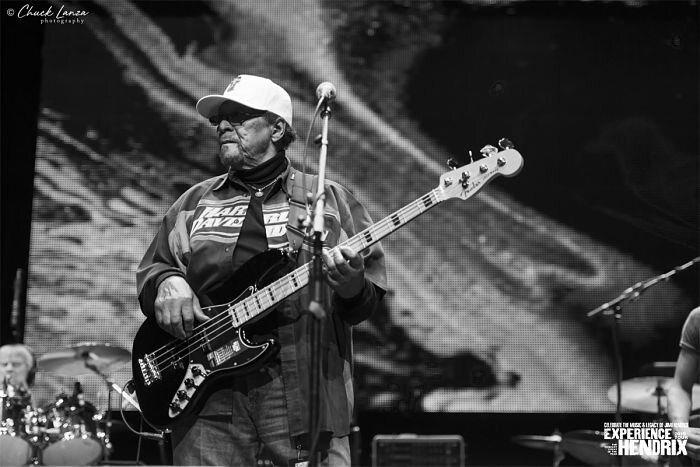 He is the last Gypsy standing….

Billy Cox is a spectacularly soulful bassist who, to my ears, brought out the best in Jimi Hendrix as evidenced by the flawed-but-brilliant concert slab Band of Gypsys (1970) along with numerous studio/ live archival Hendrix releases with Cox featuring drummers Buddy Miles and Mitch Mitchell.

As Jimi frequently utilized odd time signatures and was given to multiple key modulations in a single composition – Cox possessed an amazing ear, impeccable dexterity – and an intuitive sense of where Hendrix was headed harmonically, rhythmically, and spiritually.

I understand that Cox and Hendrix collaborated on the direction of the bass passages. Their chemistry was as extraordinary as it was versatile – these cats could go anywhere!   A finger player working a Fender Jazz bass, Cox coaxed a warm tone from his instrument with sufficient edge to navigate Jimi’s sonic forays.

Raised in the rich musical environment of Pittsburgh, Billy and Jimi initially collaborated in the United States Army 101st Airborne Division band in 1961. Following their discharge from military service, they worked the “chitlin circuit” and formed The King Kasuals Band in Nashville, which featured members who would later emerge as the Muscle Shoals horn section – playing on countless hit records.

When Hendrix split to find fame, fortune, and eventually misfortune, Cox honed his craft on sessions, club dates, and television shows including The Beat in Dallas, and Night Train in Nashville.

Jimi summoned his Army buddy – for musical and personal reasons – in 1969 as his life and career were spinning out of control. Cox became Jimi’s emotional and musical anchor. Hendrix disbanded the Experience for the more experimental Gypsy Sun and Rainbows collective which featured percussionists and a second guitarist. That ambitious yet shambolic ensemble, which appeared at Woodstock 1969, was eventually trimmed down to the tighter trio Band of Gypys with Billy and drummer Buddy Miles.

Jimi’s BOG waxed one official album during the guitarist’s lifetime – the aforementioned performance set which was captured on New Year’s Eve 1969/70 and released as a contractual obligation.

Over the years, Hendrix fans, journos, and the like debated the merits of BOG versus the landmark impact of the Jimi Hendrix Experience. Granted, Buddy Miles is an “acquired taste.”  Just 22 at the time, Miles had already waxed two slabs under his own name. He was the exact opposite of Experience drummer Mitch Mitchell, favoring pocket grooves borne of funk and soul rather than busy, polyrhythmic jazz flavorings. Buddy was also an emotive improvisational vocalist whose gospel informed flair might have been a bit too much for rock audiences to digest at the time.

To my ears, JHE and BOG were apples and oranges – two totally different ensembles with a contrary modus operandi despite the fact that they shared the same bandleader.

BOG never had a chance to develop in the studio or on stage.  Perhaps they were ahead of their time, perhaps it was just the hard realities of the marketplace. Pressure from “management” forced Jimi to re-vamp the Experience with Billy in the bass chair in place of the more rock-oriented Noel Redding. To my ears, Billy was not the optimum choice for a loud, rock trio – though he certainly had the chops and creativity to forge a hybrid rock / rhythm and blues bass approach ala John Paul Jones in Led Zeppelin.

Following Jimi’s passing, Cox can be heard on several posthumous studio and live recordings such as The Cry Of Love (1971), and Rainbow Bridge (1972) among others, and the numerous reissues of the New Year’s Eve concerts such as Band of Gypsys 2 (1986), Live at the Fillmore East (1999), Machine Gun: The First Fillmore East Show (2016), and the massive Songs for Groovy Children: The Fillmore East Concerts (2019).

Billy waxed a solo side Nitro Function in 1971 which was a fine attempt to recreate the aesthetic of his work with Jimi. His additional outings were essentially Hendrix tributes and blues exercises.

Cox also recorded and toured with Charlie Daniels, and J.J. Cale among others wherein his soulful inclinations were unfortunately non-existent.

In the 1990s Billy, Buddy Miles and Mitch Mitchell began appearing in Hendrix repertory ensembles which garnered acclaim aplenty on the festival circuit and carried the magic of Hendrix to new, younger audiences. Several high-profile rockers, including Jack Bruce, participated in the projects.

As was the case with Noel Redding, many fans and music scribes conject on the what-ifs on the topic of Jimi’s bass players. Would more harmonically adventurous players such as Jack Casady, John Entwistle, Jack Bruce, or Sir Paul have pushed Hendrix to greater heights?

I think not. In my estimation, Billy Cox was the perfect player to commandeer Jimi’s next artistic move. His elastic passages afforded Jimi a foundation to further explore and expand the language of his instrument. Jimi’s artistry didn’t allow for additional soloists – there was no need to. In fact, when BOG grooved together they formed a singular force. Cox and Hendrix also shared similar backgrounds and paid their dues together. There is no substitute for shared experiences!

Fact is, the Experience with Noel and Band of Gypsys with Billy enabled Jimi to create his timeless canon. They were essential to his greatness. When it came to choosing the players, Jimi Hendrix got it right both times. 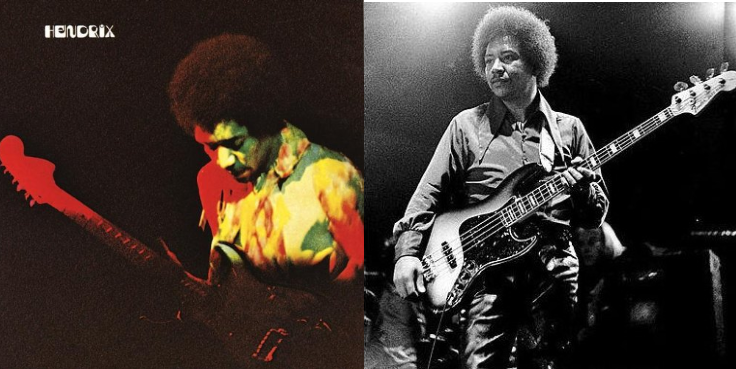